After a couple of years in the Star Wars Costuming community I decided to start my own patch jacket.  I wanted my patch jacket to incorporate the existing clubs I was part of and also portray who I am.  I started with a simple schematic of what kind of jacket I wanted, want kinds of patches I wanted to get or had and then got started. 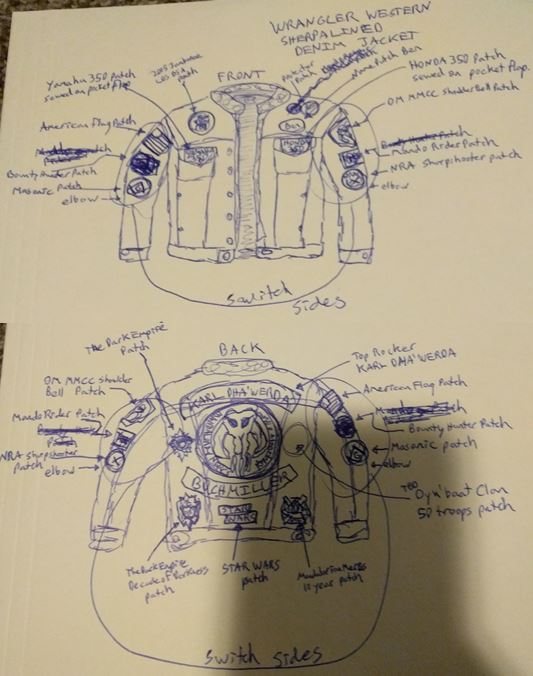 The image below is my patch layout being back and front views.  As mentioned above each patch is a part of me.

The jacket I got is a Wrangler brand.  I grew up in the Carpinteria FFA chapter and held a couple of offices (Historian and Reporter) at the chapter level through my four years of high school.  I grew up in the mountains behind Santa Barbara and raised a lamb my first year of FFA, but mostly grew up with chickens on our small ranch.  Wrangler was the brand name for the jeans that fit me well.  Tall and slim.

The patches lined up nicely on my jacket and I took it to a local seamstress (Alterations & Curtains) here in Bismarck to get them sewn on.

I added three more patches to the back of my jacket.

I then received a few more patches to support Dresdon Acacin move into a new place up in New Brunswick Canada.  Dresdon is a completely Full Metal Mando (FMM) and I have down some photoshopping for him.

Draft: Will add to this post about the patches as seen below. 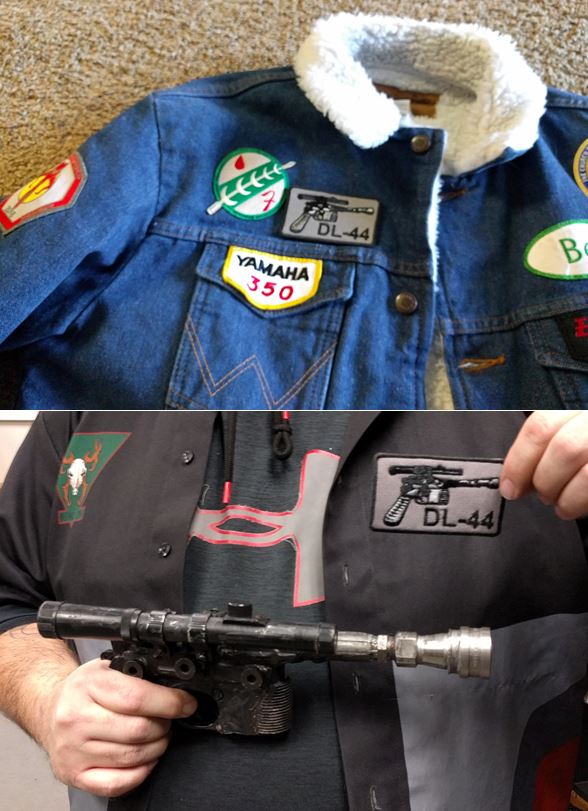